For the first time, WhatsApp Messanger, one of the worlds favourite instant messaging service on Smartphone devices is available on Web via Google Chrome browser as its extensions.

Connecting your whatsApp account to Google Chrome browser is simple than installing a software.


How to Enable WhatsApp on Web

Open https://web.whatsapp.com/ in your Google Chrome browser and your could see a QR code and Scan the QR code inside WhatsApp messenger and your phone Whatsapp will be paired to your browser (chrome only). And you are ready to use.

You phone should be connected to internet to work chrome extent ion.

How to Enable WhatsApp Web On Chrome

Oops Not Available now due to iOs limitations. 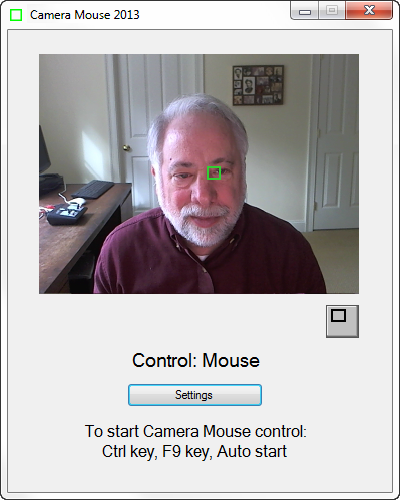 CameraMouse is developed by Boston college for physically challenged people. They can easily replace the mouse by using this application software. Any other hardware is not required and free to download.

Let’s see how it works. What you required to work with CameraMouse is, PC or tablet with Webcam and Windows OS. When you install and open this software, your moving image will be shown in the Camera Mouse window. Now select any of your portion on your face to track. While you completed this simple task, get ready to control your mouse pointer using head. For better performance, use eyes or nose for controlling mouse movement.

Clicking, Double clicking and many of other uses of mouse can also be used in Camera Mouse too..download camera mouse 2013 manual here.

Download Now
Many of you all may be interested to download all (or selected)  of your blog posts into PDF file. And we have many opportunities to sell our eBook via web for affordable amount ( Eg: SEO Clerks ).

Here, I will explain the procedure step by step manner.

Now you have to do is, Enter your blog address on the textbox. And select platform (may automatically done).
Now select the amount of post or order of post, that you want on your eBook.

Here, you can select any of the option.

If you select the 1st option, You have login with Google Account.
If the 2nd option is selected, You will be entered using currently opened Google Account/

Now Select posts you want to include on your eBook. And click Continue! button.

Now it’s your chance to customize your eBook. Here you can add Title, Subtitle, Author’s Name for your eBook.

Yeah! You’re done! 🙂
Now preview and Download and buy a printed copy of your eBook.
Yeah! You’ve Done Now! 🙂
If you need any assistance or have  suggestions / opinion on above post, Feel free to drop it as comment below 🙂
Thanks for reading and sharing! 🙂 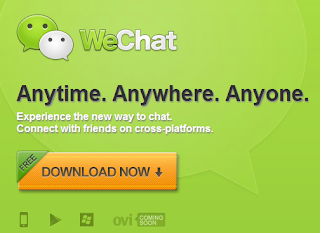 Chatting is the most commonly used of by the youth and common people. It allows us to comment with our colleagues and relatives or even new friends over . And, there are many Internet and Software companies provides online chatting facility.

Now, We are going to familiar to you a new chatting software ‘‘ developed by ‘Tencent’ which is suitable for all most all smartphones including Android, iOS, Symbian V3 & V5 ), and Windows Blackberry version is coming soon). 17  English, Hindi, Spanish etc.. supports Wi-Fi, 2G, 3G and 4G data. The main feature of new 4.3 Latest version ) is, it supports voice and video calling, Group voice messaging, Momentssharing including text, photo, video & URL ).

‘Tencent’ is the largest Internet Company in APAC with almost 800 million active users. the third largest Internet Company globally in terms of investment Capitalization. They launched Internationaly (iPhone) on October 27, 2011.
As we said earlier, is a free mobile communication and social networking app for smartphones with features like Video/Audio calling, Push-To-Talk Voice Messaging, Group Chat-Text & voice 40 people ) and location based friend discovery social features shake). It can download and install  from Google Play Store, Nokia store and Windows market place at free of cost.
We chat also provides a Rock-paper-Scissors mini game, customizable backgrounds, and engaging one-on-one and group session with an extensive range of Animated and custom emoticon and art. Also provides to apply artistic filters to photos and share with your friends on Chat and Moments wall.

provides a fast and secure social networking access. Protects your data by on-demand data backup and retrieval to/from its cloud based server. And also user registration is much by SMS/Voice messaging service. The above mentioned features are the key benefits of App from other leading chatting apps such as Nimbuzz etc.. They provide such fastest and secure user experience.

Shake Exchange contact information with nearby users, or connect with users worldwide  and to be friends with them.

Look Around Discovers users near you.

One of the upcoming feature of is, Powerful Open API. this feature, users will be able to allow photo, music, video, games, and other kind of social network from  other third party Application plugins.

Today We are discussing about an online tool which helps us to create photo collages using our .
Vincent Cheung, Who has previously worked at Microsoft Research and Google, Developed an automatic photo software that can create extremism impressive collages using your pictures. Here some of collages created using Vincent’s software. 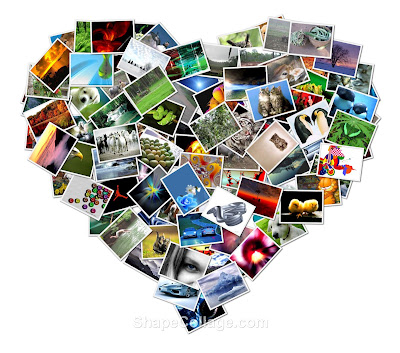 Called ShapeCollage.com. Its light weighted (~ 300 ) and written in JAVA. So it works same Microsoft, Mac OS and Linux with .
You can either select individual snaps, or folder containing photo can select for creating the collage or poster. Then you select a snap from your college – could be a drawing, pile scattered images, or you could draw some shapes using and  Shape Collage  will match the layout of your collage with that shape. 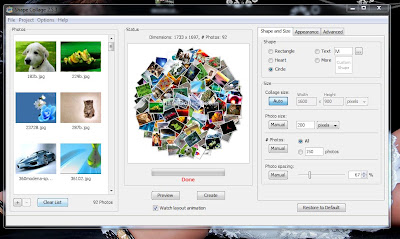 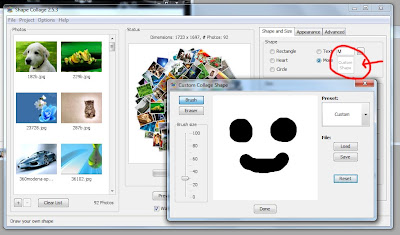 Shape Collage can save your collages / posters as high resolution JPEG or layered PSD files. So are free to edit the college / poster after using professional image processing software such as Adobe Photoshop or GIMP.

This Photo Collage Software let you crate Text photo Collages – You can simply write text using installed fonts and Shape Collage will arrange pictures the layouts of your Text.

Feel Free to post your Comments, Questions, Feedback etc. Comment below 🙂 We are eagerly waiting for your response 🙂 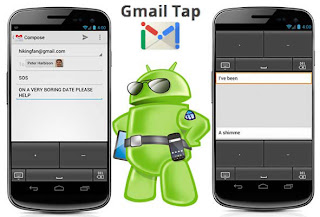 The QWERTY keyboard was invented in 1847 and yet used today, largely unchanged. Are you bored of using this technology? Google introduces a new input method on Android for future, called Gmail TAP. This technology reduces the effort of typing on mobile phones. the 26 characters can be typed using only two keys ( touch screen ) by the combinations of these keys. This makes users type even look into the screen or keypad.

Gmail TAP is a binary language that uses only two characters dots ( . ) and dash (- ), makes it easy to learn.
A space bar is also provided for easier typing.