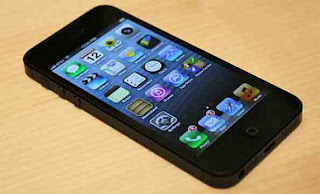 Wednesday, September 12, 2012 is perhaps another remarkable date in Apple’s history. It is during this day when the iPhone 5 is finally unveiled during a media event held San Francisco. Before this occasion even up to the last day, iPhone 5 which so for being so accurate, were so all of has finally reached their end now that the creator of iPhone 5 themselves has revealed the said iOS phone.

Apple’s iPhone 5 launch: What the audiences found out
Perhaps, a more appropriate title for this article would be, ‘What Audiences Has Confirmed’. Considering the wide array of reliable 5 covering almost every aspect of the iPhone 5, people already have a lot of ideas about the new iOS smart phone that Apple will launch next.
But one benefit that the audiences got at the September 12 media event San Francisco is that they were able to witness Apple’s presentation of the iPhone 5 where the iOS 6 functions and the new features were demonstrated. During the presentation, a lot of amazing features were announced by Apple.
Among these are the improved the iPhone 5 18 percent thinner and 20 percent lighter than its predecessor, the iPhone 4S. The iPhone 5’s improved dimensions are 123.8 x 58.6 x 7.6 mm and 112 grams. Although the iPhone increased its height a bit, it should not get in the way of being more comfortable in one’s hand after the reduction in thickness and weight.
And of course, people weren’t disappointed with their hopes for a bigger screen for the iPhone 5. Apple has finally broken what seems to be their pledge to maintain a 3.5-inch screen for all their iPhone devices and let the iPhone 5 sport a bigger diagonal screen size 4-inches. Still far from its fierce competitor’s screen size such as the Nokia Lumia 920’s 4.5-inch screen or Samsung Galaxy S III’s 4.8-inch coming from a consistent 3.5-inch screen size for a very long time, people will certainly appreciate the new 4-inch screen size.
Further to the 4-inch screen, Apple also mentioned in the presentation that they were able to add a 5th  of icons the home screen. Additionally, they increased the pixels up to 640 x 1136 to maintain the crystal clear quality of the display having 326ppi pixel density.
Wireless technology is also updated with the iPhone 5. People can now experience real high speed internet with the LTE technology and faster WiFi reaching up to 150 mbps.
Apple also prepared the battery life for all these improvements, particularly the bigger display and the LTE technology. The iPhone 5’s battery can carry on with 8 hours continuous web browsing through the LTE, 40 hours music playback, 10 hours video streaming, and 225 standby hours.
Amazing features that are also announced during the event, among others are, the FaceTime camera in HD, the improved audio system with microphones at front, bottom and back, Passbook, smarter Siri, and much, much more.
Other than the iPhone 5 features, Apple also divulged other information such as the price range ($199 to $399), the September 14 pre-order date and September 21 shipping date in US, UK, Canada, Germany, Australia, France, Hong Kong, Japan and Singapore and free upgrade of iPhone 3GS, to iPhone 4s, iPad 2 and new iPad, iPod touch fourth generation on September 19.